Looking Back at January 2020

We are almost through the first month of a new decade.  The first couple of weeks were very confronting with parts of our country engulfed in bushfires.  It was awful for those caught up in the fires. There was smoke haze blanketing our town for days on end, the smoke coming from fires 200 km distant. Fortunately, there was no bushfire grief down our way but it is still scary on hot and windy days wondering if a blaze will erupt in the district. Dry lightning is one of the prime causes of this season’s fires. The forests and grasslands are so dry that any spark will set off a blaze.

So I thought I would look back at some of my occasions that have given me pleasure during January 2020.

1.       Success in the Vegetable Garden
We only have a small vegetable garden but we had success with our crops of peas, broad beans and asparagus.  We produced enough broad beans and asparagus to share with family, friends and neighbours.  This is the first crop of peas we have had success with but there weren’t enough to share.  They were delicious.  Previous years I have watched the peas fill out but when I finally went to pick them something had already eaten them.  Whatever it was eating the pease, we beat them to it this year.  At the moment I am waiting for the corn and tomatoes.

First thing of a morning a magpie sits in a tree at the back of our house and sings.  The payoff is that we feed him.  Magpies are amazing, they can remember faces.  The pair that come to our backyard will sit in the top of a tall tree two house blocks away and I swear they watch us through the back laundry window.  When we open the fridge to get them something to eat the magpies are already gliding into our yard.  Or we will be having a meal and you look out the window and there is a magpie sitting on the window ledge watching us with its black, sharp piercing eyes.
We also have a Butcher bird family that comes for a feed.  The babies are so funny they make a great deal of noise until the parent feeds them.  Even now when they can feed themselves they pester the parents.  The parents simply ignore them now so eventually the babies happily feed themselves.  One of them flies down to the back verandah, props somewhere and squawks and squawks until we come out with some meat to feed it with. The butcher birds co-exist, sort of, with the magpies. The magpies rule the area so shoo away any bird coming near their feeding grounds (our backyard) but allow the butcher birds a bit of slack so long as they do not interfere with the magpie’s food.

My husband has been very busy and has painted two bedrooms and a passage. Our house is an old-fashioned type with a central passageway so the passage has six doors in it. That meant lots of effort to do the doors and their surrounds and the skirt boards.  It is looking very nice.  The walls are Russian Toffee and the trim is American Antique White.  About 15 years of drought/diminished rainfall has dried out the ground under the house so the foundation stumps have moved a little bit here and there, resulting in cracks in the plaster walls, in some places, where the sheets join. My husband painstakingly filled the cracks with plaster gunk and sanded back and lo and behold our walls are pristine again.  Very please with the end result

4.       Farmers Market
Last year we started to go to a local farmers market.  We decided that a lot of the items in the big super markets come from interstate and cover a lot of kilometres.  Therefor we would support the local producers by using the markets.  I think the produce is fresher too.
Our local one had its first market on Sun 19 Jan.  My regular purchases are free range eggs, organic vegetable, fresh bread (this time it was olive bread – yum), freshly ground on the spot peanut butter and some haloumi straight from the cheese makers themselves.
A friend introduced me to another market, just a few kilometres from home.  So last Saturday I went there.  I bought some lovely fresh gnocchi and some gourmet sausages amongst other items.  It is fun trying new things. 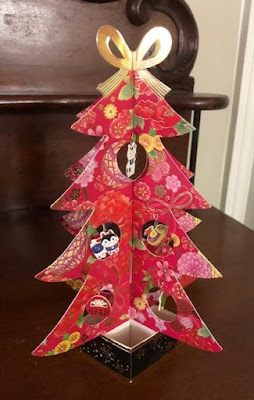 About a week ago I received a late Christmas card from a friend in Japan.  I haven’t heard from her in a long time so it was a lovely surprise.  It was so nice to catch up with all her news.

When my son was young I took him to see the stage show therefore I was interested to see how the film dealt with this story.